Remember how in last week‘s blog post, I mentioned not flying home right away? I really meant it. After a few days in Santa Cruz, I headed down to Santa Barbara to spend the rest of the week at my parents’ house. (Yes, my parents live in Santa Barbara and yet these five days were the longest I had spent there since college.)

Most of the week was spent in my favorite place — outside. 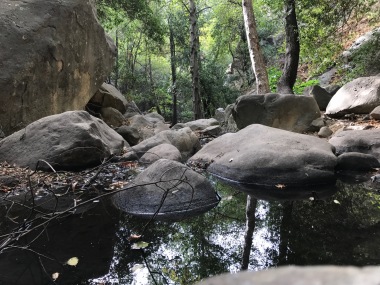 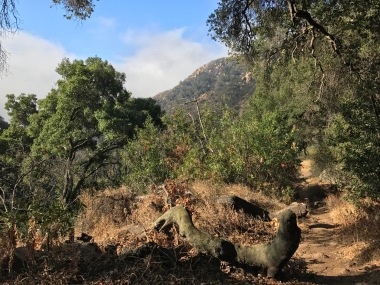 On Tuesday, my parents were hiking (slowly) with a natural history group, so I decided to run ahead on my own. Through a trail called Rattlesnake Canyon. While I did not see the trail’s namesake (namesnake?), I did make a friend upon returning to the car. 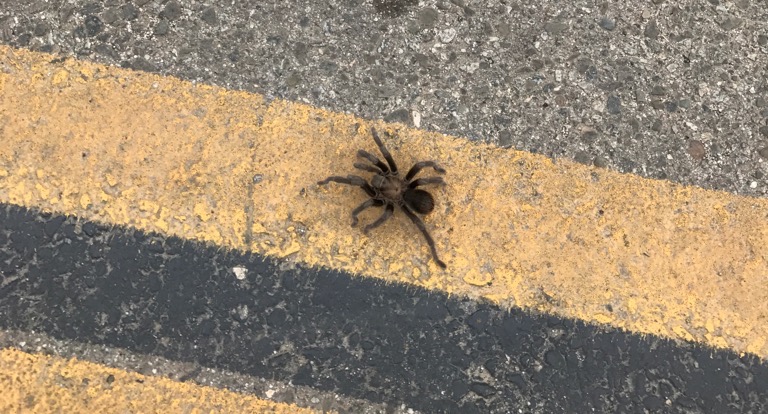 Thursday, my ear infection decided to come back for revenge. It was also the day we had scheduled to go biking in Santa Ynez, aka up and over the mountains from Santa Barbara. Ow. But what is more painful than trying to make an infected ear pop due to rapid elevation changes? Crashing on a death trap of a bike. I narrowly avoided that fate by diligently checking out the bike one of the rental shops tried to give me, and realized the headset was about to fall apart and the parts were all stripped so it wouldn’t be possible to tighten it. Umm, no thanks. Luckily, there was another option around the corner – Dr. J’s Bike Shop. They had a delightful and responsive carbon road bike in my size and even swapped in my Look style pedals. By this point, the pain reliever had kicked in, and I was ready to bike all day.

But alas, the real world needed me back at some point. I returned to DC on Saturday night, and the whole neighborhood turned out to welcome me back.