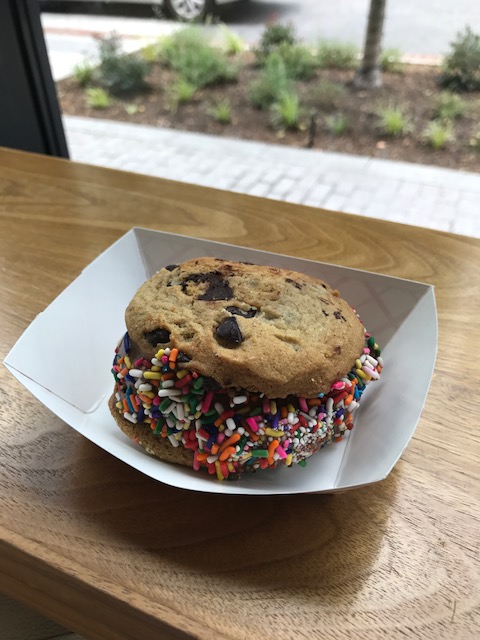 These days, it’s possible to sensor and analyze nearly everything, from sleep patterns to steps to food consumption to bowel movements (trust me, don’t google this). But just because something can be measured, does it mean we need to care? Is some data–especially without adequate context–merely distracting? What if you’re trying to gather data but the equipment is buggy–if Garmin doesn’t record your run, did it even count? (Answer: yes, silly…but add it as a manual entry if it makes you feel better.) I’ve gone back and forth on this over the past few years, vacillating between MEASURE ALL THE THINGS! for a bit, then burning out on data and trying to simply be more mindful of my training, aka FEEL ALL THE FEELINGS! And what have I learned?

They’re both right. This isn’t a cop out answer. Let me explain. Since sensors aren’t perfect, it’s important to still be able to know intuitively if we are doing what we should be doing. Breathless on a run? Your heart rate is probably above the aerobic zone. Clothes feeling snug? Your exercise/eating balance is tipping toward the latter. But some things are more complicated. Feeling run down? Maybe you should sleep more…or are sick…or over-trained…or have low iron…or something else entirely. Are you as strong and fit as you could be? Would more training help, or changes to your diet? Sure, you could read up on general best practices (vegetables! whole grains! plyometrics!) and see if it works for you. Or you could use science.

Two tools that I’ve found to be incredibly effective for detecting areas for improvement and checking progress are Inside Tracker and HRV4Training.

Inside Tracker is a company that offers blood analysis and personalized recommendations. Sure, you can also get blood work done at your doctor’s office, but they often won’t run tests unless they think you are actually ill, rather than trying to optimize your health. Once you buy a test at Inside Tracker, they will send you a printable bar code to take to a nationwide clinic such as Quest Diagnostics at a time of your choosing, and they will draw a few vials of blood. A few days later, you’ll get a link to your results. Be sure to sit down at that point. Let’s just say, blood doesn’t lie, and everyone I’ve talked to has been surprised to see some of their results were not as expected. For me, it was high cholesterol (expected), super low iron and ferritin levels (surprising), and abysmal vitamin D (blame DC winters). The results also include recommendations for what to do to improve each test, and links to scientific journal articles so you can nerd out on the topic to your heart’s content.

But wait, there’s more! Knowing that a website alone likely isn’t enough to spur behavior change, Inside Tracker also gives you access to a dietician so you can talk to a human about your results and learn how to create healthy habits. In my case, Mariah said my top focus should be on cholesterol, and that I should pre-make individual containers of oatmeal for each work day (doing a week’s worth at a time), so I don’t have to think about it during the week. And it’s not just any oatmeal–it’s old fashioned oats + one tablespoon each of flax seeds, chia seeds, and wheat germ (then I add protein powder or raisins for taste). It tastes good, is super filling, and sure enough, my second blood test a few months later showed a significant improvement in cholesterol! If you’re interested in trying Inside Tracker, there’s a Black Friday/Cyber Monday Sale — use code THANKSCOEUR for $200 off (disclosure: Inside Tracker is a sponsor of the Coeur team). This is the only sale they do each year, and it’s a doozy!

The other tool I use for regular measurements is HRV4Training. (Hat tip to Coach Liz for the rec!) This app tracks my heart rate variability, which can indicate whether I’m overtraining or getting sick. Each morning, as soon as I wake up, I open the app and put my finger on my iPhone’s camera while it measures my pulse. (Bonus: a guaranteed minute of mindfulness!) It also asks some standard questions, like whether I’ve been traveling, how stressed I feel, if I drank alcohol the night before, if I’m sick, etc. Then, based on the measurement and my subjective answers, it recommends if I should proceed as planned, limit intensity, or take a rest day. It auto-syncs to Training Peaks (plus some others), so my coach can see it too. (And yes, if the app recommends I take it easy, I’ll often get a text from Liz saying to take note!) The app is only around $10 in the iTunes or Google Play stores, with no additional costs after that.

Now that you’ve read to the bottom, I’ll give you the tl;dr version: measure stuff that’s hard to just feel, and find someone to interpret it and hold you accountable to the recommendations.

Do you have other favorite tools for measuring? Or are you sticking to the unquantified self?