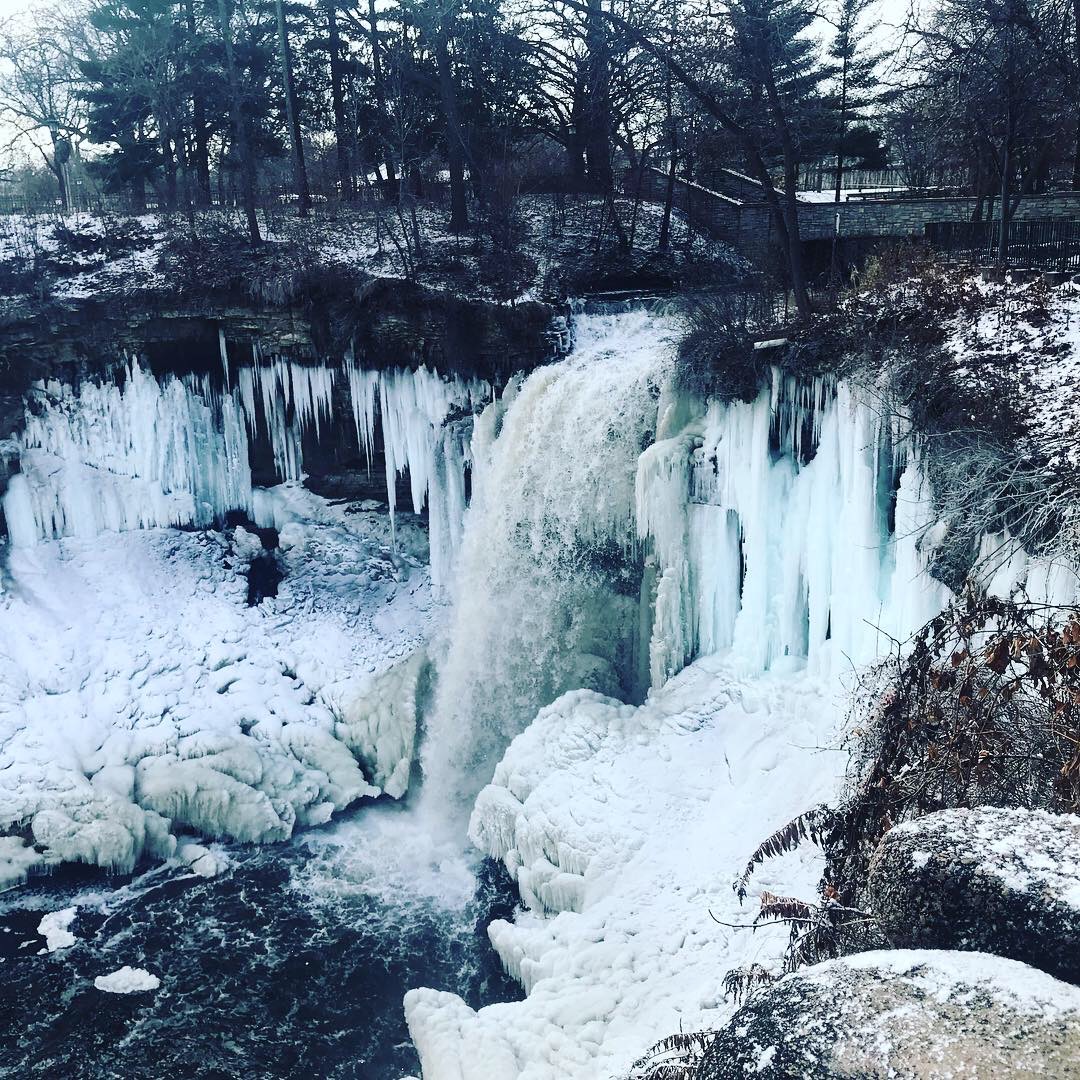 It’s January! Time for winter, right? (Checks weather outside, sees people in t-shirts.) Well, maybe not. But for a brief, shining moment, Elliott and I visited winter. Usually, we stay in DC over the holidays, but this year decided to mix things up a bit. And thanks to the Southwest companion pass, we could both fly for the cost of one ticket. Spotting monkeys in Costa Rica? Snorkeling in Puerto Rico? Uncovering jungle ruins in Belize? Surprising my dear family in California? Well, apparently other people had the same idea, as tickets to warm places were as high as the mercury. So what’s the opposite of hot and expensive?

Minnesota. I had visited once before, for an Epic conference during the summer of 2017, and loved it. Elliott had never been. Supposedly, it’s one of the most livable cities in the country, and I don’t recall that rating coming with a huge caveat of BUT REALLY, ONLY DURING THE SUMMER.

We packed suitcases full of long underwear, jackets, gloves, mittens, hats, balaclavas, and hoped for the best. Our goals for the trip were to go cross-country skiing and snowshoeing, see the northern lights, and experience Minneapolis’s thriving cultural scene. We were partially successful.

Our plan was to spend the first three nights in Minneapolis, staying downtown without a car. There are miles of cross country ski paths within city limits, and with the large ethnic population, we shouldn’t have a problem finding restaurants open over Christmas. Well, not exactly. First of all, there wasn’t any snow in the city, thanks to a warm spell (40F) earlier in the week. That meant no skiing or snowshoeing. But the bike shops were mostly closed for the winter, so we couldn’t try to explore the city that way. Also closed: most everything else. Even the grocery stores.

…And since WordPress lied about saving my blog post, I’m sparing you all the additional text I wrote just now and lost. Booooo. Here is a photo instead. tl;dr it was a fun trip and now I want to move back to Alaska.

One thought on “The Great White-ish North”