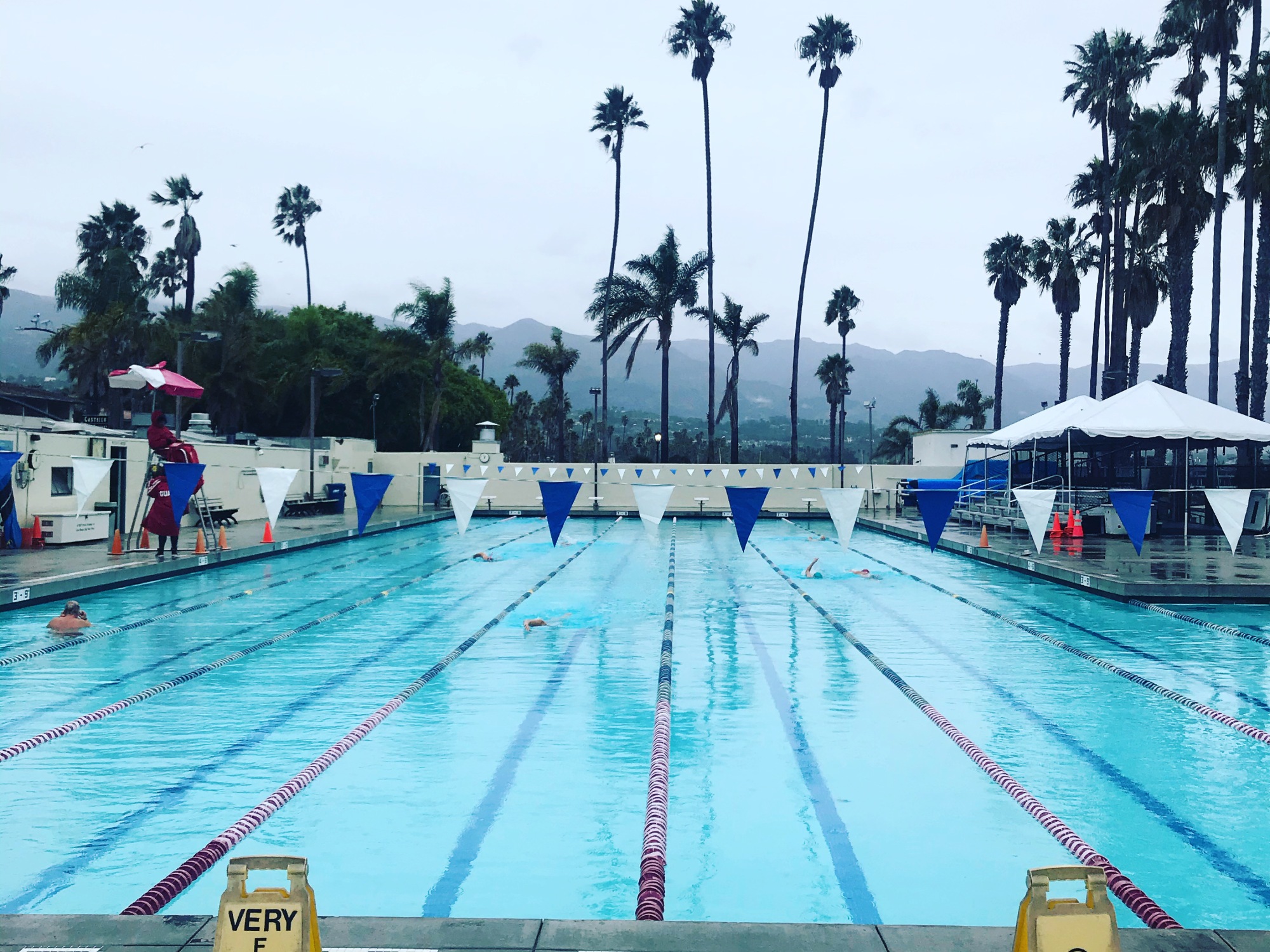 Ah January February. That magical time of year when the off-season is over but actual triathlon racing still seems quite far away and theoretical. Time to get back into the routine and put blinders on to the darkness, cold weather, remnants of all those holiday cookies, etc. But before I totally shift focus to 2020, I’d like to do a quick recap of 2019.

Off to the races. Or not.

Well, there was Rumpus, the race I thought I had signed up for but actually hadn’t. Oops. Then that time I thought I broke my finger during the swim at Kinetic. At least Rock Hall was fun because I was just there for the aquabike and playing with super soakers. Swimrun Boston was eventually awesome (cons: swimming with leaky goggles and wondering if I’d get swept out to sea; pros: winning the women’s race and some pretty awesome beer afterward). Fourth time was not the charm for SwimRun NC (we finished 5th) but always a good day of sportz. I also raced Aquathlon Nationals in Miami in November to punch my ticket to worlds in the Netherlands this September. Hard to believe that all that training and racing can be boiled down into just a few sentences. Maybe it’s a metaphor. Or something.

At least it was educational.

The good thing about triathlon (or any hobby, I suppose) is even after nearly a decade, it still provides opportunities to learn and grow, if we take advantage of them. In this case, my season was less about learning swim-bike-run skills (to wit, the flying dismount remains elusive), and more about discovering what factors keep me motivated, and which do not.

For starters, I need a goal–and not just one to check the box in case someone asks, but rather something that excites me and gives me butterflies. I started the 2019 season kind of burned out, which is never a good sign, and then decided to focus on short course races more by process of elimination than anything else. Short races = less time training, less travel, less money, and racing more frequently to get a “sufficient” number done early in the season, so I could then do swimrun, which I liked better. Shocker, my head just wasn’t in the game with that attitude and everything was a struggle. Then when I raced Boston solo, I realized that what I liked about swimrun was the team aspect of it, so, oops. Luckily I still had North Carolina on the calendar to get in my social sportz.

I also learned that identity matters. When I first started the sport, I eagerly devoured books and magazines about triathlon, loved talking about it, researched races I’d like to try, tested out new recipes for sportz snax, etc. But as the years went on, I felt like being a triathlete was keeping me from doing other things in life, like focusing on my career, or spending time with friends in regular clothes, or (gasp) traveling without my bike in tow. So triathlon went on autopilot: minimal prep for training or races, not buying any new gear, improv on the fuel front (which is much easier when training for short course, but still not recommended). As a result–and I’m sure this will come as a shock to everyone–I didn’t get much out of it. Training and racing were meh at best, I had a lingering glute injury that kept me from running much, and of course all this made me want to spend even less time focused on the sport. Vicious cycle much?

But what about my non-triathlon identity, i.e. my day job, my husband, and (of course!) the cats? Surely minimizing triathlon meant maximizing everything else, right? Shrug. Turns out, energy is not a teeter totter, but rather a rising (or receding) tide. I started to notice this late in the season, when I read the book 80/20 Triathlon–the first tri book I had read in years. It reminded me that I actually still do like to nerd out over this stuff, and that training has a purpose beyond making the boxes in Training Peaks turn green. And strangely, the workouts became more interesting again. Huh. I also started working with an executive coach to think more about my professional goals and evaluate possible future paths. For the first time in years, I had a better answer to the question of what I wanted to be when I grew up than a shrug and “international woman of mystery?”

While we are months away from any race results, it does mean I’m starting the year pointed in the right direction: with big goals that scare me a little, and a support system to help me get there. And what are these goals? Well, I’ll give you a hint: one of them involves blogging more frequently…which also means you’ll have to wait until the next installment.

2 thoughts on “And Now We Wait”